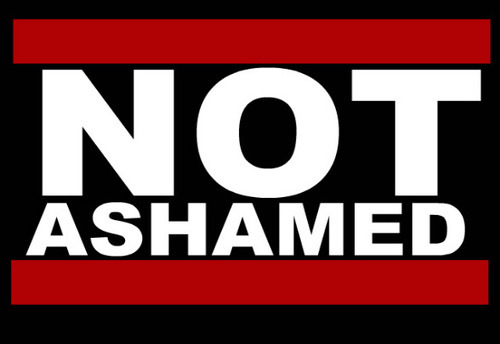 The one song that Christafari does at every single concert (whether it’s requested or not) is an altar call. Yeah, I know it’s not really a song, but it’s been listed on every single one of our set lists since the late 80’s.

The funny thing is that for the first few years I actually misspelled it and wrote the word “ALTER” instead of “ALTAR” until our road manager pointed out my mistake. but if you think about it, the word “alter” (to change; become different or modified) is probably more appropriate since there is rarely a physical altar at the front of our venues and we are really asking people to ALTER their lives (or should I say allow God to do some major alterations). After all, He does make all things new. This is always my favorite part of the show. It’s got a different tune every night (thanks to Justin on the keys) and though some of the words may vary from town to town and audience to audience (and sometimes even require a translator like in Brasil), certain things remain the same: God’s love, man’s sin, the cross of Christ, His death and ressurection, our repentance, God’s forgiveness and eternal life in Christ (to name a few).

Regardless of the form or length, it is always a complete presentation of the gospel of Jesus Christ with a clear call to respond. After all, those whom Jesus called, he called publicly and openly. So far, someone has always responded, so it’s well worth it, whether I am comfortable doing it or not, whether I feel like it or not, whether I’m sick or even without a voice (that’s when Obie steps in) and whether or not the promoter wants it. God wants it and mankind needs it.

How uncomfortable would you be willing to make yourself in order to win a soul? How far are you willing to go to save someone? As I wrote for the song “Rise Again” featuring my wife Avion Blackman and our good friend Jennifer Howland; “I’ll give what I can just to help my fellow man. And I’ll give all I’ve got just to bring them to the cross.” What’s a soul worth to you? Seriously. What’s it really worth? It was worth everything to Jesus: His life!

Speaking of souls, did you ever notice that when there is a tragedy mentioned in the news like a plane crash or a ship goes down, that instead of saying “67 people dead,” they’ll say “67 souls”?

I like to watch a lot of movies and most of the action adventure flicks out there have one thing in common. It’s incredible the lengths and self-sacrifice that the protagonist in a Hollywood blockbuster is willing to go to keep a plane from plummeting to the earth, save a defenseless woman from a gunman, stop a terrorist plot from happening or rescue the passengers on a train from eminent destruction.

Whether they save the world, a nation, a city or even just one child, it’s all worth it in the end regardless of the risk they faced in order to do so. The end always justifies the means. Are you willing to be a hero today and save more than just lives BUT SOULS?

Malcom X, the militant equal rights activist is famous for fighting for civil rights “by any means necessary.” I’m not justifying his beliefs in any way, but he sure was committed to the cause. In his first letter to the church of Corinth, Paul was also committed to a cause (the gospel) when he stated that he was willing to do anything possible so that “by all means possible” he might “win as many as possible.” How far you willing to go to save a soul? Are you committed to this same cause?

If you’re in a Christian band, are you willing to write ALTAR CALL on your set list every single time that you play a full-length concert? If you do so, I promise that you’ll never be disappointed with the outcome. Why do I say that? Please read the following verses and focus especially on the very last sentence:

“Though I am free and belong to no one, I have made myself a slave to everyone, to win as many as possible.”…“I have become all things to all people so that by all possible means I might save some. I do all this for the sake of the gospel, that I may share in its blessings.” (1 Cor 9:19 & 22)

That’s right, to share the gospel is also to “share in its blessings” and these blessings are ever so great. They may not always be monetary–but that shouldn’t be your focus anyways.  They are always long-lasting and accompanied by a tremendous joy and peace that surpasses all understanding–a genuine soul satisfaction.

There’s nothing better than that transcendent sensation of being in the very center of the will of God. And that’s what you get when you set out to die to yourself and draw others unto Him—regardless of the cost.

I love to preach the gospel at every single show. Regrettably, I haven’t met any major artists in America that are like-minded in this mission. If you know of any, please post their names in our Unashamed Artists blog on Tumblr as I would love to contact them directly and create a network of artists that are genuinely unashamed of the Gospel and are willing to commit to preaching it at every single concert. That’s one of the main reasons why I created this blog in the first place.

If you are not a performing artist, please understand that you don’t need a stage to preach the gospel. Let the world be your stage.